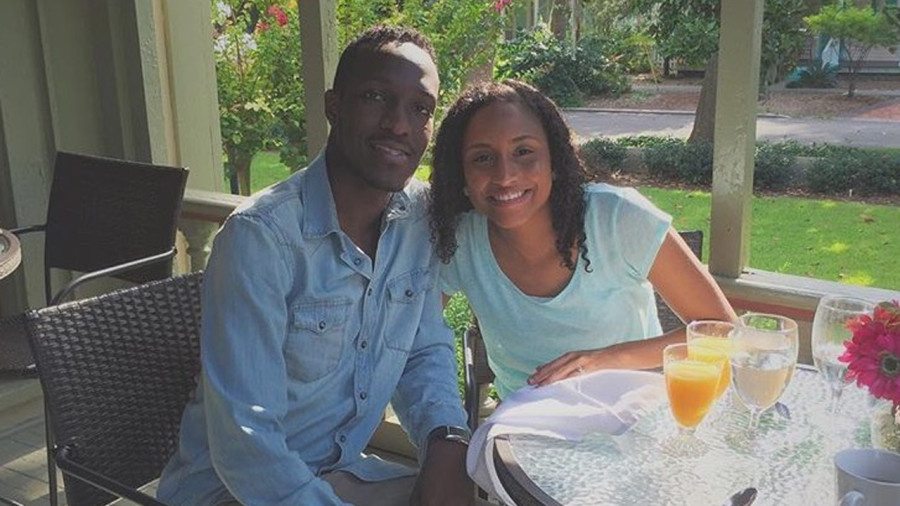 Our very first anniversary was on August 23rd, 2015. After our anniversary trip to Amelia Island, I wrote this journal entry to remember what the Lord had done and was continuing to do in us after one year of marriage. I’ve edited the journal entry just a bit for discretion.

“Unless the LORD builds the house,

those who build it labor in vain…”

The marriage we are building is in vain if not led by God. It is fruitless and pointless if His hand is not in it, if His face is not sought. Marriage, along with all of life, is meaningless without Christ at its center.

I’m so thankful for our first anniversary celebration in Amelia Island. Not only was the bed & breakfast absolutely beautiful, but we connected in a very deep way, sexually and relationally. I don’t want to forget what we reviewed together this past weekend as we considered the Lord’s grace toward us in the last year. Our best conversation came one night when I posed the question, “What is the greatest strength God has given you this first year of marriage?” I asked this question because it’s honestly easier for me to answer questions related to my weaknesses; but I wanted us to rejoice in what good He has formed in us this past year.

Jon felt that his greatest strength this year was his patience: his slowness to speak, quickness to listen, and slowness to get angry. I completely agree with his answer. His patience has kept many arguments from escalating, and it has provided a space for me to see my pride in many of those moments. If he hadn’t been exceptionally patient with me this year, more nights would have been filled with yelling, more accusations would have been made, and more things would have been thrown (by me, to my shame). “A soft answer turns away wrath, but a harsh word stirs up anger” (Proverbs 15:1). I’m thankful Jon exemplifies this so often.

I had a tough time answering the question after Jon gave his answer. Most of why I think our marriage is so wonderful is because of him. So I asked Jon what he thought my strengths were. He then expressed areas that he’s seen me grow in this year. It was honestly hard to hear at first because my pride wanted to hear what areas I was consistently strong in this year, but it was also very encouraging to consider how God is growing me.

Jon mentioned that he has seen me grow in entrusting my concerns to the Lord and not just freaking out as I would in the first few months of marriage. He said he has seen me grow out of some relationship idolatry through persevering in a difficult friendship I had the past couple of years. He also mentioned that he appreciates my offers to help him when he is swamped with work, even though we both know I can’t code or design. He then said I’ve grown in learning how to encourage him with my words. Hearing this was difficult for me because I would like to be able to say that I do an excellent job at encouraging my husband with my words. That’s a huge part of my role as a wife. And I’m a wordy person. And I love Jon. So it should be natural for me, right? But it has proven more challenging to do and more needed than I imagined before. Through Jon’s response I’m able to see God’s grace growing me, but also what I need to be praying for myself: a soft, gentle heart toward Jon, gracious lips that speak timely encouragement more consistently, a firm resoluteness to run to God in prayer with my concerns before anything/anyone else, and an eagerness and wisdom on how to lighten his load.

After we discussed these areas of growth, I finally realized what I think is the greatest strength God has given me this first year of marriage: a commitment to pray for Jon, specifically and consistently (though still imperfectly, of course). Because of daily time in prayer for Jon, I’ve been restrained from blowing up in many situations as God will remind my heart of the tender affection and admiration I feel for Jon while in prayer. I told Jon that there are many nights when he falls asleep before me and I just stare at him in awe, love, and gratitude for the man that he is and the privilege I have to be his wife. I know that time in prayer for Jon–thanking God for all of the wonderful qualities I see in him first, and then asking God to grow and sanctify him in specific ways–has filled my heart with more affection for him than I thought possible. As I described all of this to Jon, I got a bit emotional. And I think he truly understood and truly appreciated my love and respect for him. This moment, I think, was our deepest connection during our anniversary weekend.

Thank You, Father, for showing us so much kindness in our marriage and our anniversary trip. This first year of marriage has been filled with Your grace I so don’t deserve. May it result in greater praise and commitment to You. And may we treasure the gift of a healthy marriage for as long as You grant us each other.

In Jesus’s name I pray,