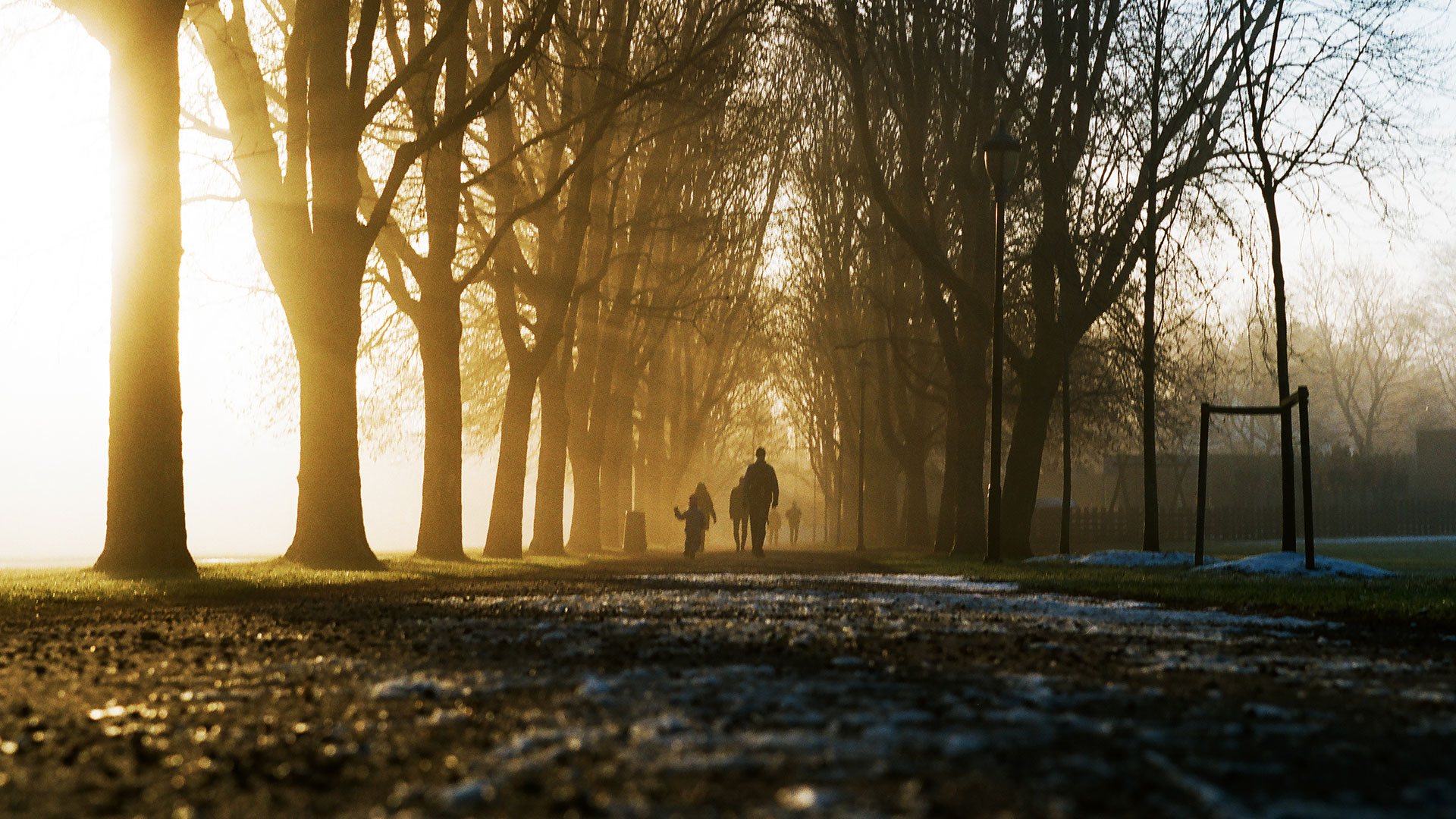 “In the twenty-third year of Joash the son of Ahaziah, king of Judah, Jehoahaz the son of Jehu began to reign over Israel in Samaria, and he reigned seventeen years. He did what was evil in the sight of the LORD and followed the sins of Jeroboam the son of Nebat, which he made Israel to sin; he did not depart from them. And the anger of the LORD was kindled against Israel, and he gave them continually into the hand of Hazael king of Syria and into the hand of Ben-hadad the son of Hazael.

Then Jehoahaz sought the favor of the LORD, and the LORD listened to him, for he saw the oppression of Israel, how the king of Syria oppressed them. (Therefore the LORD gave Israel a savior, so that they escaped from the hand of the Syrians, and the people of Israel lived in their homes as formerly. Nevertheless, they did not depart from the sins of the house of Jeroboam, which he made Israel to sin, but walked in them; and the Asherah also remained in Samaria.)

“Now Hazael king of Syria oppressed Israel all the days of Jehoahaz. But the LORD was gracious to them and had compassion on them, and he turned toward them, because of his covenant with Abraham, Isaac, and Jacob, and would not destroy them, nor has he cast them from his presence until now.”
-2 Kings 13:1-6, 22-23

In Scripture we often notice that God sees what is going on in the world, feels a certain emotion about it, and then acts accordingly. 2 Kings 13 displays this progression and two important emotions of God, both of which lead Him to action, and both of which have implications for us as His children.

Shocking Grace
King Jehoahaz is the twelfth king of Israel after the kingdom is split in two. Like the kings before him, he worships idols and does what is evil in God’s sight. The first emotion of God expressed in this chapter is His anger (2 Kings 13:3). This makes sense because sin is an affront against the good and holy nature of God. God is then moved to action by His anger, and He causes Israel to be oppressed by Syria. Some of the details of this oppression were predicted to Hazael, the king of Syria, through the prophet Elisha as he wept: “I know the evil that you will do to the people of Israel. You will set on fire their fortresses, and you will kill their young men with the sword and dash in pieces their little ones and rip open their pregnant women.” (2 Kings 8:12) These conditions, gruesome as they were, served as a part of God’s judgment on Israel for their idolatry.

But then it gets shocking. King Jehoahaz, feeling the weight of his people’s oppression and misery, cries out to God for relief. And the Lord listens! Maybe that seems pretty standard, but it is actually quite scandalous. Have you ever been really angry at a loved one who clearly did you wrong? Was it easy to serve that person who so deeply offended you? When we feel anger, we tend to be controlled by it, snuffing out any other emotion we should feel. So God’s grace to actually listen to the king’s cries and then act in favor of Israel is truly astonishing.

It gets more shocking. Verse 6 indicates that the people of Israel were not incredibly interested in repenting from their idolatry. They wanted God for His deliverance from their oppression, but not really Him. They wanted His help, but not His holiness. They wanted the gift, but not the Giver. So their “repentance” is questionable at best.

Has a loved one ever consistently hurt you, and then come back with a likely insincere apology because he/she needs another favor from you? Didn’t that make you feel undervalued and used? And yet, God chooses to send rebellious Israel a savior so that they could escape from the hand of Syria, even though He knew their hearts weren’t wholly true to Him! Why would the One who searches hearts and knows all things do that?

A Good Father
Verse 4 says, “For he saw the oppression of Israel, how the king of Syria oppressed them.” God acted kindly toward His less-than-repentant people because He “saw their oppression” (2 Kings 13:4) and “had compassion on them” (2 Kings 13:23). But didn’t they bring this oppression on themselves because of their sin?! Yep. And God still cared about their pain enough to help them as they suffered.

So in 2 Kings 13, God feels both angry at Israel’s sin and compassionate toward their suffering, even though their suffering is a direct result of their sin. Anger and compassion. Both. But how? I suppose if I told my daughter a million times over to not touch the stove, and she still disobeyed and touched the hot stove, I would feel upset that she didn’t listen to me. But I’d also hurt along with her because she’s my baby girl, and she’s in pain.

When you are suffering as a direct result of your sin, how do you envision God? Do you feel like you can’t approach Him because He and you both know full well that your rebellion got you in this mess? Or do you think He feels compassion toward your pain, even though He knows and hates your sin which caused it?

Of course, it’s to your benefit to desire God for who He is, and not just as an escape from the consequences of your sin. We are the ones who ultimately (and eternally) miss out if we insincerely seek Him for His gifts alone. Yet in this passage, I think we can see the compassion of God who cares about our pain and wants us to run to Him, even when our suffering is a result of our sin.

Sin and Joy
When you hear of a person or a people suffering an injustice or pain, is your first thought, “Well did he/she do ______ to deserve it?” Is your first thought, “But what about the issues of ____ in their community?” Or is your first thought/feeling one of compassion that a person who bears the image of God is hurting? Social action has to start with the God-given and God-reflecting emotion of compassion for the oppressed, whether or not their suffering is caused even in small part by their own sin (note the progression of seeing a man hurting, feeling compassion, and then acting sacrificially in Jesus’ story of the Samaritan in Luke 10:25-37).

When someone wrongs you, however consistent, do you only feel anger toward that person? Or do you also feel compassion and pity toward them because they aren’t enjoying God as they were created to enjoy Him? “The sorrows of those who run after another god shall multiply,” (Psalm 16:4) so when people sin against you they are actually being controlled (read: oppressed) in that moment by an idol that ultimately brings them misery, not joy.

Do you see their sin as only a nuisance or an offense to you? Or do you see their sin as an affront against God and a joy-blocker for them? Love desires the best for a person. So loving my enemies as Jesus told me to has to at least mean getting to a point of feeling compassion for them, because their sin is keeping them from enjoying God and His world as He intended for them.

All of this reminds me that I need the Savior! I need to be reminded that I am set free from the enslaving attitudes of guilt, self-righteousness, apathy, and bitterness. Romans 8:1-2 tells us: “There is therefore now no condemnation for those who are in Christ Jesus. For the law of the Spirit of life has set you free in Christ Jesus from the law of sin and death.”

God has set us free from these attitudes, and we can walk in that freedom by the power of His Spirit living in us. This is ample motivation to honestly confess our ungodly attitudes, and seek Christ persistently until we feel His feelings—anger at sin committed against Him, and overwhelming compassion toward those who suffer, even if it’s because of their own sin.