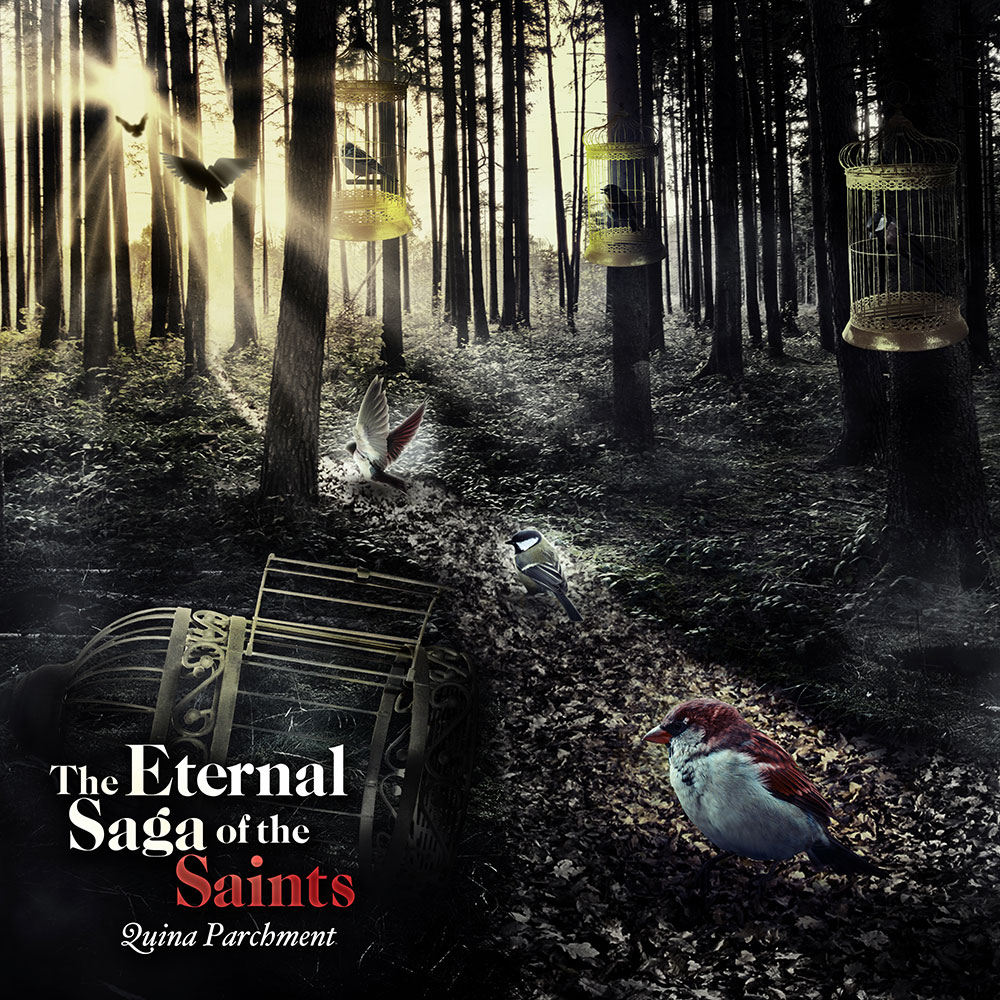 The Eternal Saga of the Saints Cover Release

The Eternal Saga of the Saints is a FREE spoken word project by Quina Parchment that will be released in three installments, or Books. Book One: Embark is set to release February 4, 2014. Book Two: Sojourn will be released March 4, 2014. And Book Three: Abide will be released April 8, 2014. The project is about the journey of the Christian, from conversion to eternal glory, and the mountaintops and valleys along the way. Woven into God’s ultimate story of His glory are the mini-dramas played by every human. But the saints are called out to live a special kind of story. The Eternal Saga of the Saints depicts that saga with the goal of displaying the brilliance of the saga’s Author.

RMG’s multi-talented artist Deraj created the cover art for The Eternal Saga of the Saints. The cover art symbolizes the storyline of Christ’s called-out ones. The dark forest is our sinful world. The elaborate birdcages are the attractive, yet ultimately sin-trapped lives of unbelievers who cannot fulfill their purpose to glorify God any more than a caged bird can fly (beautiful as its cage may seem). The path is the hard and narrow road that leads to salvation and on which few tread. The bird facing the cage is the new saint, rescued not by her own strength or wit, but by the great Savior. She is the new believer who is taking her first steps away from her former cage/identity of sin enslavement, and is embarking on the eternal saga. The birds on the path ahead are the more seasoned saints on their way to glory. They are sojourning in this dark world while walking in clear contrast to their caged neighbors. The flying birds are the saints who have died and are finally free from the presence of internal and external sin. They’re flying like they were made to fly, just as believers in Heaven abide for eternity to finally, perfectly reflect Christ’s image.